Fear Not The Crossover (Music Column) 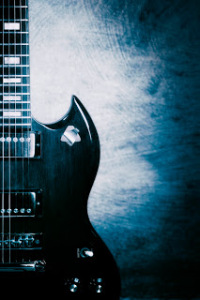 Inspiration and appreciation can be found in many places and forms, including music genres. The road to opening up the mind, leaving inhibitions behind and trying out something new is not always easy for everyone.

Life without music is simply unthinkable. For some, it would be like stealing the breath from their bodies and dooming them to a life of gloomy agony. Their favorite music is simply part of them and can help define part of who they are.

Generally, music fans are loyal, dedicated people who upon hearing their favorite songs can feel rhythm wrap around them and set their senses ablaze till every nerve ending pulsates along with the beat. Not only do just the fans experience that feeling, but some musicians drip with sheer music ecstasy while they play.

If one pays close enough attention, for instance, to a guitarist like Zakk Wylde as he rips through a solo, the onlookers are usually in awe of the amazing force and commanding presence exhibited through Wylde and his guitar.

Wylde’s consciousness looks as if it is absorbed into the instrument as it sends ripples of sound out to touch the audience. It is moments like those that keep fans coming back and packing arenas around the globe to see their favorite artist.

Lyrics are another intertwining part of the music world that can hold special meaning for people. The words can settle on a soul like a misty shroud sent to nurse a broken heart, or maybe help capture a moment in life that will endure into memory, and it can even define a generation. Sometimes words and music can permeate and uplift the spirit with sheer freedom and the joy of renewal.

Loyal fans of specific music types often resist the chance to experience other genres advancements, achievements or crossovers. There is nothing wrong with being loyal to one’s favorite music and everyone knows somebody who makes fun of or has derogatory remarks about fans and artists from other genres. However, artists do not always feel the same way and sometimes they can create something new that turns out to be truly special and unique.

Take into consideration the earlier mentioned Zakk Wylde, the former lead guitarist for Ozzy Osborne and frontman for the Black Label Society band. He can play heavy metal guitar solos that could silence a screaming banshee into amazement, but he can also play wickedly sensual blues and move over to the piano to tickle the ivories with a classical feel. Wylde gives his fans many different sides of his talent to enjoy and to help inspire the next generation of musicians.

Many rock and metal fans cringe at the thought of opera and would rather record statistics on how long it takes a blade of grass to grow than even think about sitting through one single note of an operatic octave. However, what if someone put a classically trained lyric soprano in front of a metal band?

It’s already been done and one will find a voice laced with enough strength to hold its own with metals natural forcefulness. The Finnish band, Nightwish, has proven that having the classically trained, Tarja Turunen, as their lead singer, could build something powerful. Their sound is distinctive and creates a striking effect of smooth and rough that follows no rules and gives the ear a new multi-faceted decadence to explore.

Finally, we come to a man named David Garrett. He is breaking classical music masterpieces out of its genre boundaries and re-introducing it to a new audience within different generations. He is also giving rock and metal favorites a re-vamp in the most classical form of emulation.

Garrett can memorize with Queen’s “Who Wants to Live Forever” played on the violin with breathtakingly raw passion. His violin virtually is alive in his arms and speaks a language of intense seduction that can be felt with every draw of his bow. He started playing at the age of four and at 13 he was the youngest artist to be contracted with the Deutsche Grammophon Gesellschaft, a universal music company, according to his website. (david-garrett.com)

As a musical child prodigy, Garrett made an impression on the classical world, but as an adult, he has reached out to pull other genres of music onto his stage and challenge the status quo. Garrett now travels the globe and performs the songs he chooses on his own terms, including a stunning mixture of musical worlds where Bach, Mozart, and Beethoven meet Metallica, ACDC, and John Fogerty.

Keep the favorite music of your heart close, but remember that branching out and trying something new once-in-a-while can be fun, rewarding and enlightening. It might even lead to a few new songs added to your list of musical treasures.

A few of the Youtube videos that helped to inspire this article.

Night Wish “Over the Hills and Far Away”

Welcome to my portfolio. Thanks for visiting!

Feel free to browse my published articles, podcasts and more.